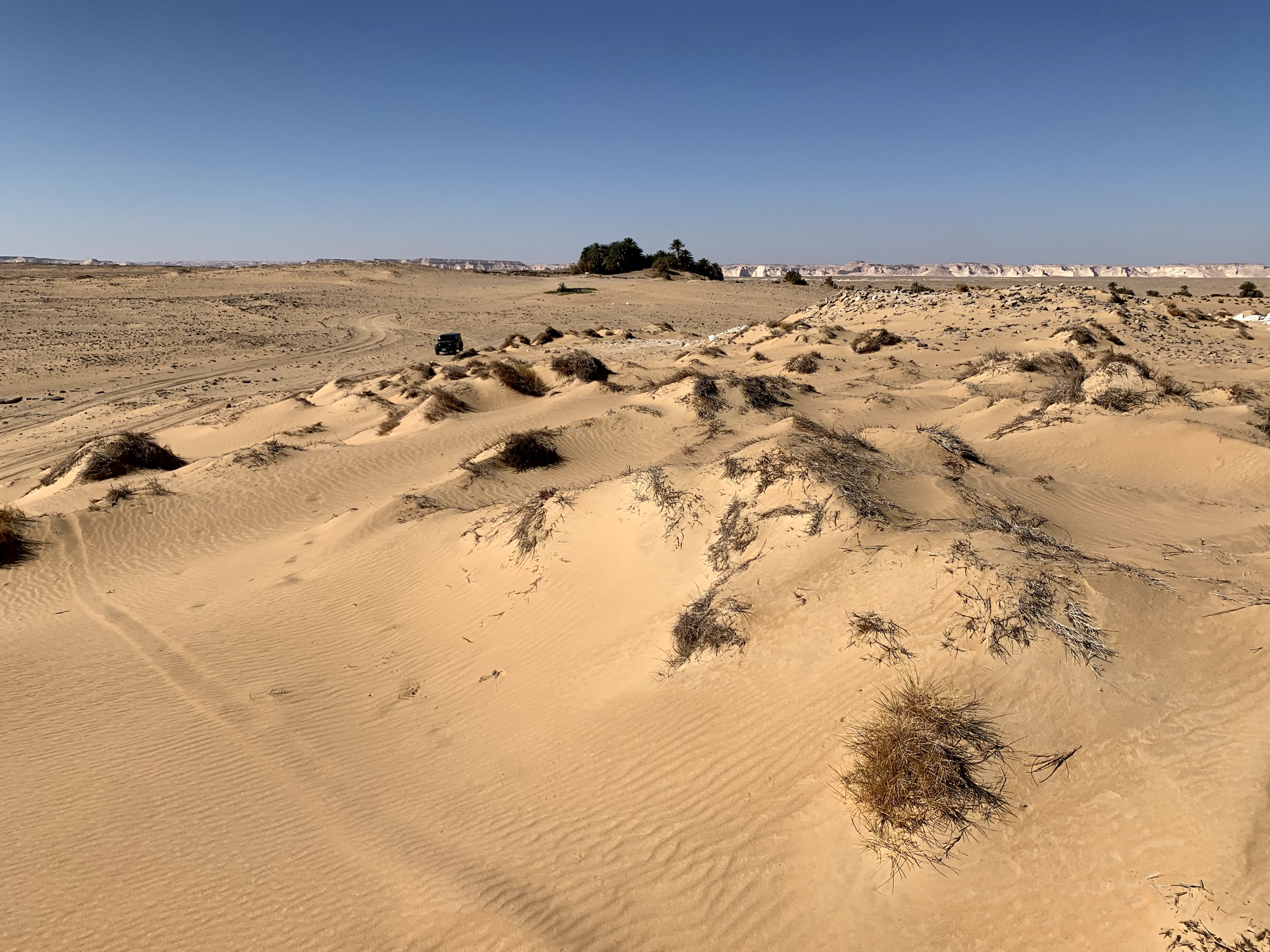 Originally for the month of November, the team had planned to carry out fieldwork documentation on a number of sites in the Western Desert and Fayyum. Prior to arrival in Egypt, we were informed that the excavation permits for the laura at Ganub Qasr al-Aguz had been approved, and so the fieldwork plans were redirected towards carrying out the excavation of the site. Unfortunately, the permit situation was more complicated than originally thought, and additional paperwork was required. While waiting for the finalisation of this paperwork, we redirected fieldwork back to the original plan of the documentation sites, and looking into the IFAO archives. It soon became apparent that the finalisation of permits would not occur for some time, and so it was decided to return to Norway, and come back to Egypt once all of the permits were completely rectified.