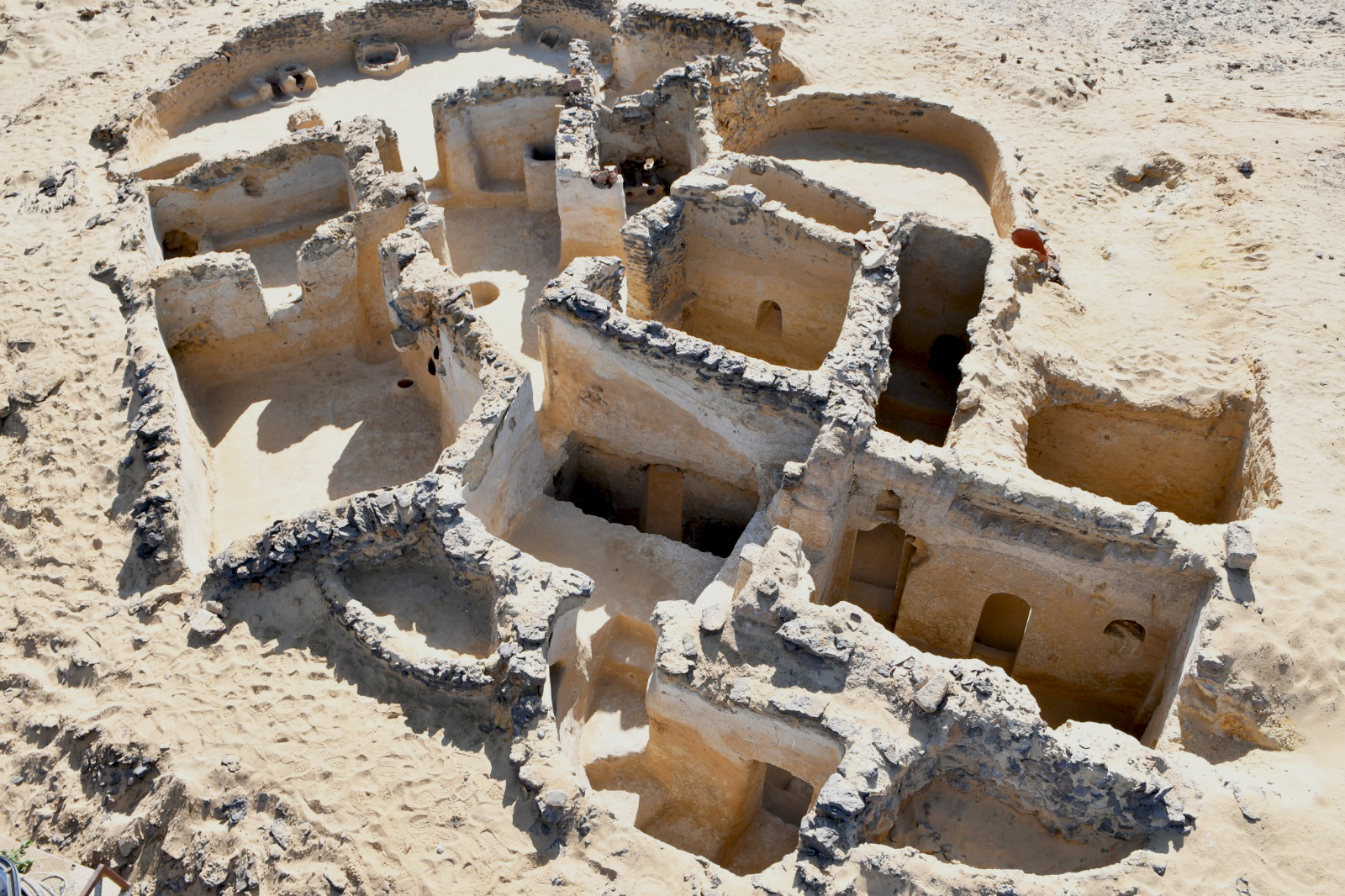 In collaboration with the Institut français d’archéologie orientale, DEChriM ran the third excavation season at the laura of Ganub Qasr al-Aguz, in Bahriyya Oasis. Despite numerous administrative issues, several weeks spent in Egypt waiting for the last permits, Covid-19 travel restrictions, two back and forth trips between Norway and Egypt, and the absence from the field of 10 members of the scientific team, who were either blocked in Australia and Europe or sick, a small DEChriM team, comprising of Victor Ghica and Rhiannon Williams, was finally back on the site in December. Thanks to the 28 local friends / workmen who excavated with us, we could make the most of the first excavation authorisations granted to a foreign team in the Western Desert since 2014. Although we had to end the field operations on Christmas, we left with rich documentation. Sectors GQA5 and GQA6 were completely excavated and documented, while test excavations were undertaken on sectors GQA3 and GQA4. More to follow.